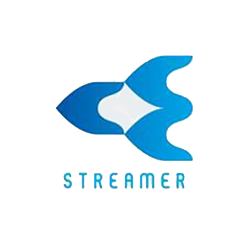 What is the Daikin Streamer Discharge Technology?

“Streamer Discharge” is a type of plasma discharge in which high-speed electrons capable of oxidative decomposition are generated. It has the ability to eliminate bacteria and mould as well as hazardous chemical substances and allergens, etc. Compared to standard plasma discharge (glow discharge), the discharge range of Daikin’s Streamer Discharge is wider, which makes electrons easier to collide with oxygen and nitrogen in the air. This enables high-speed electrons to be generated three dimensionally over a wide area, which results in an oxidative decomposition speed that is over 1000 times greater with the same electrical power. Daikin’s Streamer Discharge technology has proven successful in stably generating high speed electrons, a geat that has been considered difficult up to now.

How the decomposition mechanism of Streamer discharge Technology works

If it were thermal energy, the decomposition strength would be comparable to a heat of approximately 100,000â„ƒ1,

*1COMPARISON OF OXIDATION DECOMPOSITION. THIS DOES NOT MEAN TEMPERATURE WILL BECOME HIGH.

Viruses and bacteria that have been proven to be deactivated

Allergens that have been proven to be decomposed 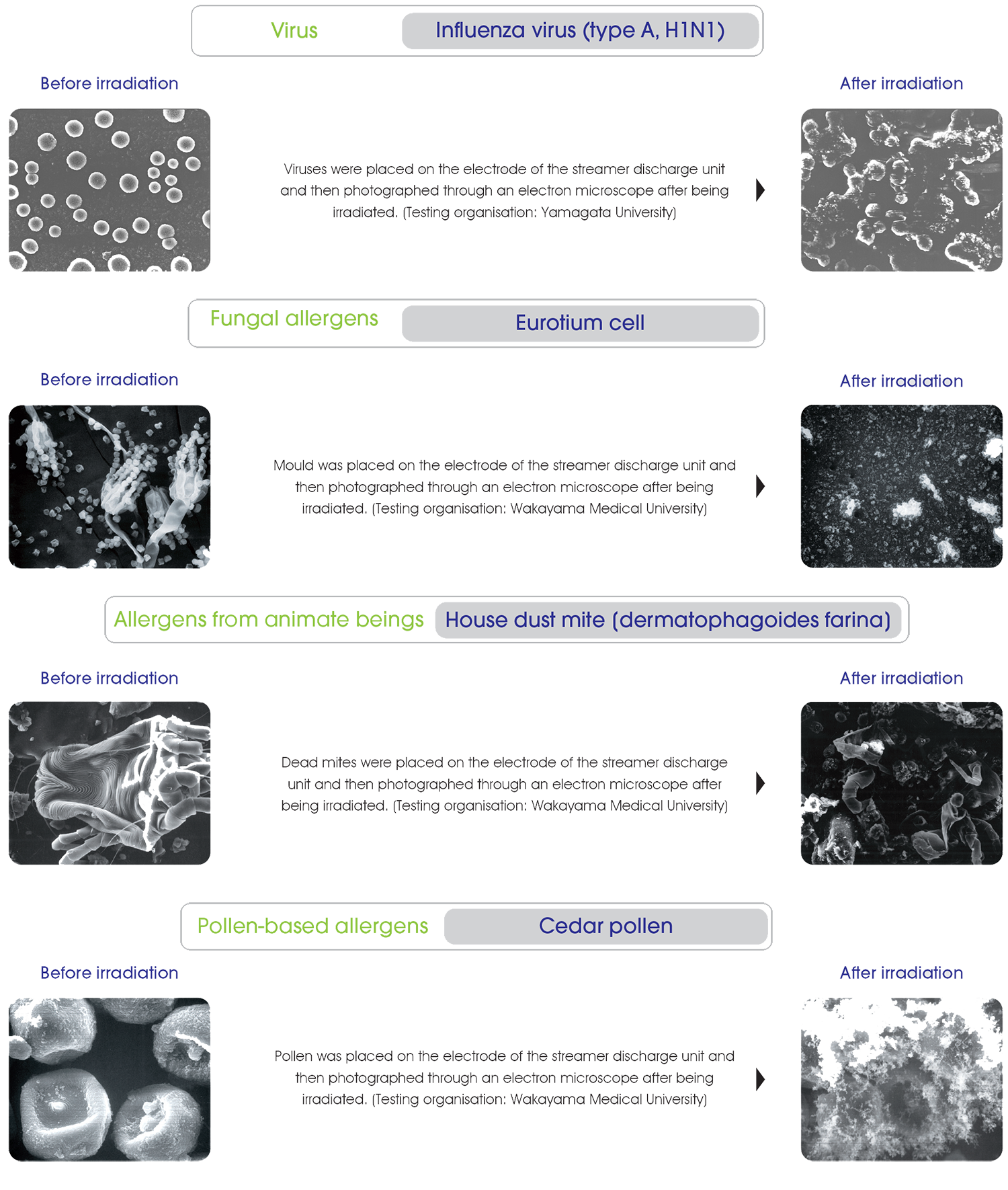 Tests that prove the effectiveness of the streamer Technology.

*Following experiments were practised by third parties based on Daikin Industries Ltd’s request.

This product can be used to improve the quality of the air by removing airborne hazardous chemical substances, allergens, mould, bacteria, and virused, etc. However, this product is not intended for the creation of sterlle environments or for the prevention of pathogen infections.